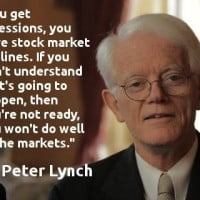 No one likes to see the value of stocks in the portfolio going down, it’s painful. It is the reality that share price can’t go up always they have to go down also. When the market goes down to a certain limit we call it correction, when it goes down too much we call it bear market.

Do investors need to worry about correction ? Should they exit from their stocks on the possibility of correction? Let us try to understand what is better for an investor by going into the history

How frequently does correction occur?

The historical data says correction occurs approximately every year. A drop of 10% from highs in a year is very common thing. History says, the average correction is a drop of 13.5% and it lasts less than two months. The average length of correction is 54 days.

How frequently does a correction turn into bear market?

Bear market: How long and how severe ?

What happens after Correction or Bear market ?

How quick does bear market turns ?

When bear market gives way to bull markets, and when they turn for real they tend to up move furiously. See the below data how much the market goes up in the next 12 months after bear market.

Market always looks at tomorrow. It doesn’t cares much where the economy is today it only see where it can be in future.

Why you should not exit fearing correction

The statistics shows hardly 20% correction turn into bear market. Bear market turns within 8- 24 months period. The math is against selling, the evidence is against selling and the natural bias of the market is against selling.  Fear of loss comes most of the time when market drops 10% it doesn’t comes when it drops 5-7% we consider it as normal profit booking correction only. It is illogical to convert to cash when the market drops 10 percent, because chances are very high that you are exiting at the typical bottom only. There are 80% chances that you will screw your portfolio by exiting at 10% correction.  Market can fall but they will recover and you will continue to get the dividend at least by staying in.

The golden words of Peter Lynch on corrections

The data for Indian market is also similar. Below is the data of BSE Sensex from 1979

There have been only four bear in the last 38 years and all recovery took place in 12 months.  To conclude if you can give two years you should never exit fearing corrections or bear market. The reward of patience will be very fruitful.

Difference Between a Discount Broker and a Full Service Broker