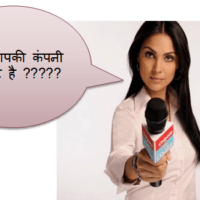 Economies of scale in simple words means that as the output goes up, the capacity utilization goes up, the cost of operation goes down. Let’s understand this with an example lets say you have a 4 seater car whose mileage is 20 km/liter of diesel fuel.  The cost of diesel is 60 Rs per liter. If you utilize only 25% capacity of your car that is you travel alone. Your cost of travel will be 3 Rs per Kilometer.  While if you utilize the 100% capacity of your car and travels with three more people then the cost will go down to 0.75 Rs per kilometer.

Like your car has fixed a cost of operation which remains the same whether you travel alone or with 3 more passengers, companies business have fixed cost which remains the same. When the capacity is utilized to maximum level the overall cost of operation goes down and this results in an increase in profitability.  This is called as economies of scale.

There are two types of economies of scale

i. Supply-side economies of scale

The same economies of scale can be with IT companies. The production cost of software is very close to zero. Software applications do not require physical components, so producing more copies of an existing software costs next to nothing. The more software the company sells better will be the margins and profits. This is the thing that makes Microsoft the king.

ii. Demand Side Economies of scale The network effect

The network effect or the demand side economies of scale happens when the value of the product or service increases as the number of users increases. Companies like Facebook, Apple, Microsoft, Page industries etc are the examples of this network effect. Though there are many other social networking websites but a new user will most likely open his account with facebook because it is popular, his friends are already there .

Brand is an another moat creating thing.  Companies with strong brand power do well in long term. They can charge high price which their competitors can’t. But be cautious not every brand has moat. A brand creates an economic moat ONLY if it increases the consumer’s willingness to pay Brand which doesn’t have pricing power or repeat business capacity is a brand without moat.  A company with brand moat can increase its price continuously without losing any customer.

There are many businesses where government or other regulations are so high that other companies can’t enter that business. The existing companies can continue to make good profit because they don’t have to face much competition.

Similarly, Patents creates moats Companies which have been granted a patent or other type of intellectual property right by a government gets a legal monopoly.

Some companies can be a low-cost producer than others because they can procure raw material at a lower price which others can’t. Cement companies having own lime stone mines can produce cement at low cost compared to those who buy lime stone from others.  Thermal Power companies having own coal mines near to their plants will have this kind of moat. They get coal at a low price they don’t have to spend much on transportation as their plant is near. Their cost per unit can be much lower than their competitors. They can earn more even by selling at the same price as their competitors.

Why invest in moat rich companies?

2. If you are right about the moat, your odds of permanent capital loss will decline to zero.

3. Companies with moats also have greater resilience, because firms that can fall back on structural competitive                advantage are more likely to recover from temporary troubles

Moat may not be sustainable forever. Colgate had a strong moat because of its brand power and it has 70% market share in toothpaste market. But because of Patanjali Dant kranti its moat is destroying. Moat can destroy when the patent expires and the company does not have other patented product to replace the existing one. Therefore, investors should keep a watch on the sustainability of moat. To know more about moats you can read the book.

30 Books Recommended By Warren Buffett in Letters to Shareholders

Do You Really Need Higher Accuracy For Profitable Trading?