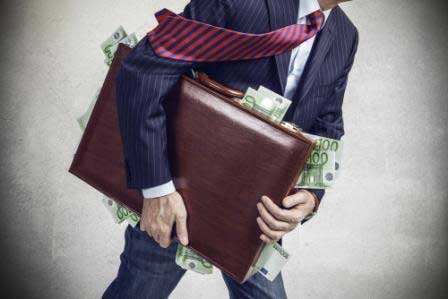 It has been 3 years since investors are speculating a 2020 crash. And it did happen in the form of COVID-19. Just like 2008, this is a golden opportunity for investors sitting on cash to park their money in good quality companies before the next bull run starts.

What better than for a long term investor than such a temporary crisis? Patient investors understand this and so do the promoters of the company who know more about the company than us.

Do you think they would buy shares of their own company if the company wasn’t doing good? Promoters of really good companies always buy from the open market whenever they think the share price is extremely discounted.

We should always look for such news of which company’s promoters are increasing their stake in the company.

Below is the list of 5 such companies who’s promoters are buying the shares from open market.

FIEM Industries is an auto ancillary company with major work in the manufacturing of automotive lighting, rearview mirrors, and signaling equipment.

Even though there is a slowdown in the auto industry, the sales of this company haven’t hindered much; part of the reason being car lightings and other aesthetic parts keep needing even to existing car owners.

Also, once the auto sector starts picking up, and you get confused about which auto company to get into, you can safely buy FIEM Industries since it supplies equipment to all major auto companies.

As for the promoters, they have 3 lakh shares from the open market at current valuations.

Another auto ancillary equipment manufacturer is Lumax Auto. The story is the same as that of FIEM Industries. The auto sector is not going to be in a slowdown forever. Once they pick up, auto ancillary companies are the first to run.

Even if there are no new car sales, auto components are a requirement even for existing car owners.

The promoters have purchased over 12 Lakh shares from the open market at current valuations.

A monopolistic business with little to no competition, this company is way below its fair valuations and the company’s promoters know it very well.

Promoters have bought over 15 Lakh shares from the open market during the Stock Market 2020 crash.

Welspun Enterprises is an infrastructure company with businesses in Public and private infrastructure. The company has completed many big-ticket projects like Delhi Agra national expressway and within the timeframe, which is very rare in infra business.

Due to the company’s timely project completions, it has become one of the government’s top list companies for infra development. Moreover, the government in the last budget announced an INR 1 trillion budget for infrastructure development and this company is set to benefit.

Its promoters have bought over 27 Lakh shares from the open market at current valuations and so should you.

Dynemic Products is one of the biggest manufacturers of food color, blended colors and dye in India and worldwide. It also has a USFDA certification for the same.

Eating in restaurants, ordering food on Zomato, Swiggy, etc. all have increased the use of food color in India. This company benefits a lot from the online food ordering trend. However, the management of this company is something to look out for as they have been in issues a couple of times.

These were 5 stocks from NSE and BSE where promoters have made significant buying from the open market. It clearly means the promoters think that the company is highly undervalued and there is a huge scope of the prices going up sooner or later.

COVID-19 unleashed panic selling in the Indian stock market and every good investor knows that such falls are only temporary in nature.

Go ahead, now is the time to build your portfolio for long term with quality companies.

Note: This is in no way investment advice. Do your own research before buying stocks.

Note: If you want to learn how to find quality companies and analyze companies to buy, you can join our InvestorJi Academy for a special discount.

Anchit is a 25 years old Civil Engineer with a knack of investing, travelling, blogging, movies and a lot more. He has been investing and trading in stocks since 2014 with his best investments being UPL, United Spirits and IndiGo.

CoronaVirus Market Crash: What to do now?

3 Ways to Invest in Commodities in India